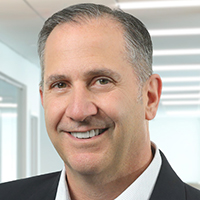 Peter Catalano joined ECRI in 2016 as chief financial officer. He is responsible for financial reporting and controls, development and implementation of sound financial plans and policies, financial analysis, cash management, and the conduct of relationships with lending institutions, creditors, and the financial community.

Catalano began his career at Coopers & Lybrand in Philadelphia. Prior to joining ECRI, Catalano was CFO of asset management within SunGard, and before that he was vice president of global finance position at Ellucian, SunGard's higher education division. Catalano brings extensive experience in service-oriented companies, and he has held high level finance roles in both venture-backed and multi-billion dollar companies. In addition to his finance responsibilities, his achievements include many operational initiatives such as system implementations, customer relationship management (CRM) optimization, and commission streamlining.

Catalano is a graduate of Villanova University and received his MBA from Lehigh University. He is a licensed CPA in the state of Pennsylvania, and is a member of both AICPA and PICPA.